The guild was a bit weird on our raid the other night. People seemed to be a little grumpy?  No idea why, Friday was a public holiday in Victoria thanks to the AFL which meant us southerners had the day off to chill out and relax. We started to drink way earlier than raid time, so by the time we were invited to group I was pretty well on my way to seeing a blurry screen.

Before Moryrt and I logged into the game we watched a video about the Laphroaig Distillery which was fascinating and then required me to try the 10 year old whisky again. I hated it last time I tried it, but this time I actually quite liked it after the first couple of sips.

Why am I telling you this?  Because it is relevant to your understanding of the condition we were in during raid. Drunk and trying to be co-ordinated.

We started at Fetid Devourer. It was uncomfortable because we just couldn’t seem to get it happening. The initial pulls were weird and the boss was in a bad spot a couple of times, the DPS couldn’t get the adds down occasionally, people were dying left, right and centre. Chaos.

I was standing next to a rock but the angle must have been just off and I was pushed back at one point and I got stuck on a shrubbery. I was there for a good minute trying to get out. I was so angry, I was cursing and swearing like a maniac off air.  I got caught in the breathe thing multiple times because I don’t ever seem to run far enough. I turn into kitty and run but it feels like half the room away is too close.  I need to find out what the actual distance is because it was extremely aggravating.   I am almost wondering if we should be grouped up in melee so when he breathes we are just not in the way?

Four of us standing and we killed him. A wipe got called but he was so close to death we ignored everyone; we stood long enough to DPS him to death. We couldn’t have planned it any better imho. Everyone called it “A usual Warong kill” because we kill bosses by accident.  LOL

It would be a very interesting sociological study into raiders mindsets. I remember the “Classic” days of spending weeks on a boss with 40 people, we didn’t get angry, upset, flustered until we were well into the hundreds of attempts.  Now it seems people start getting annoyed after a couple of hours on the same boss, so maybe 30 attempts in total.  This has always fascinated me because I don’t get frustrated until it has been weeks and we aren’t improving each time.  If i see improvement I am happy with it.  Having said that, the next boss can shove it up his butt.

We tried Zek’voz. He is a word that I would not be willing to write in a blog but omg.  The Eye Beam. You have a few seconds to get out before killing the entire raid in one shot. Without naming names certain people kept getting the eye beam and then having issues.  Apparently I was blocking the warlock portal, Laurie was getting stuck on invisible walls and having lag (we still maintain he rage quit though), Justin just forgot to move and apologise profusely and everyone spent each attempt praying to RNJeebus to not be chosen for the eye beam. Even in my drunk state I managed to run out when the beam was called. I was proud of myself.

I cannot tell what green gas I am supposed to stay out of but so far it has not been me who pops the extra mob so I am not going to worry about it. I struggled to see the safe spot during the darkness because it always looked safe under the boss until I got there and saw everyone running the other way..I have to pay particular attention because I find those two parts a struggle.

We were getting to 50% and below but not by skill. It will be interesting to see how we go with this one. 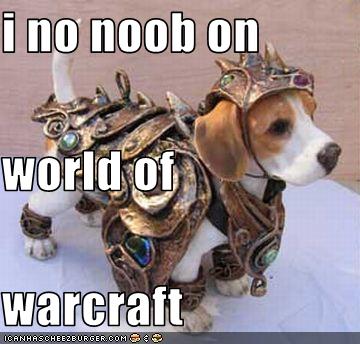