You just have to find interesting things to do when you are doing the same things every day, so chasing achievements is what we are doing…some times…when we remember 🙂 Nothing much has been happening other than just playing with toons and keeping busy with the huge amount of stuff I still want to get done before any new xpacs. 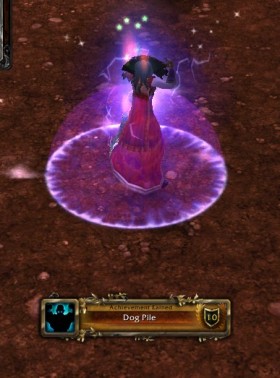 “Dog pile” to get started, wish I had a picture of 30 mobs on me and arcane explosion going off!  I have to get the one with the field of fire/swords, but I honestly have no idea how i am going to do that one…more investigation needed on that front. You have to do it and take no damage?? Whaaaa????

I also scored a shado-pan achievement I didn’t even know was there! I love the surprise ones the best! Yes, I felt incapable of trimming my dragon out – that would be blasphemy! 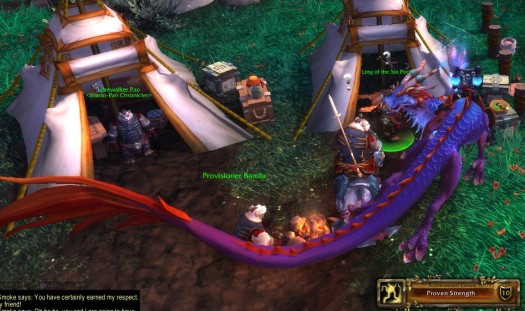 We also finally decided to get this dinosaur, Eros, killed, it has been in our  logs for a few weeks as he was killing us really quickly when we attempted it last time we decided to leave it until we had better gear or an actual group.  We happened upon someone mid kill and decided to help him out with it, turns out he was willing to do it a second time for us as well.  It was an awful fight and I am dreading doing the  next part which requires us to summon another 4 mobs!!  Anyhoo, shout out to Candaris on our server for helping and being awesome enough to help us with the kill.  You are super special and we really appreciated it!

I have created a little lowbie Tauren monk to run around on with the frostiness, being sick with shingles as I am, I am pretty tired and effort required to play at 90 is more than I can handle.no idea how far I will go with it, but it gives me something to just veg with.